Are Crows Dangerous To Humans, Dogs, Cats? – What You Need To Know! 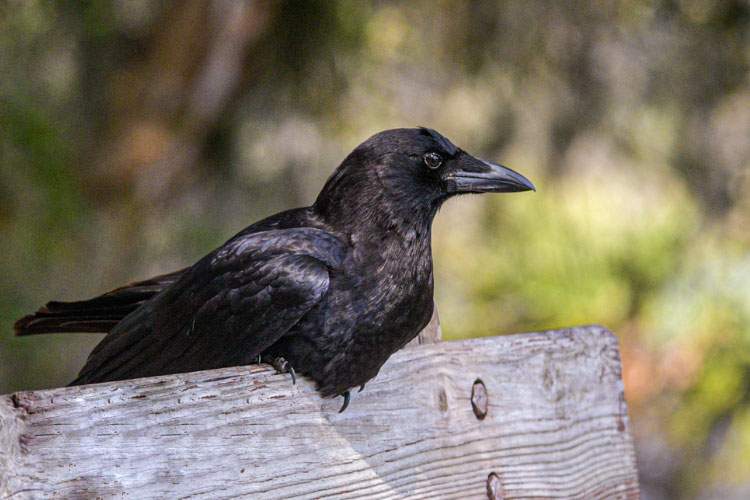 Crows are known to be quite aggressive to other birds. They will even rob their nests and kill and eat newly hatched chicks of different bird species.

Now, the question is, are crows dangerous to humans, dogs, and cats? Yes and no. No, because crows will not attack you, your dogs, and cats without a good reason. However, if you go near their young ones, eggs, or nests, either knowingly or unknowingly, the birds will ambush you. Crows are also likely to attack cats and dogs if they perceive them as a threat.

But can crows kill humans, cats, or dogs? Read on to learn why crows are dangerous and how to dodge their attacks.

Yes and no. No, because crows are very friendly and social birds. Therefore, it is unlikely for these species of birds to attack humans, cats, or dogs without any good explanation. However, all birds in the crow family will attack humans and other pets if they feel genuinely threatened. These include:

This mostly happens during the breeding or nesting season between late March and June. However, a crow will not ambush you for passing by a tree housing their nest. They will just scare you away without hurting you. Because these birds are brilliant, they can quickly tell when you are walking towards their nest.

So then, how do crows attack humans, dogs, and cats? Let’s find out.

These intelligent birds usually dive and strike you repeatedly until you are far away from their nest. You will always see them trying to target the face with their claws and beak. They will attack you if you are near their nests, eggs, or fledgling crows.

Additionally, if a crow has previously had bad experiences with you, it will be more likely to ambush you. Or, when the bird wants food from you.

American crows see dogs as a predator. So, if a mob of crows spots your canine near their nests or babies, they will attack it immediately to protect what is theirs. They do this by swooping down your dog from behind, causing a few injuries.

Sometimes, lone crows will ambush dogs while trying to steal their food. However, a flock of crows can pounce on puppy dogs and take them away. This makes crows dangerous to puppy dogs.

Watch this video of a crow trying to attack an adult dog from behind:

If your kitty minds its own business, no individual crow will attack it. In fact, these blackbirds enjoy teasing cats by pulling their tails.

But if these American birds perceive an adult cat to be a threat to their eggs, young ones, or nest, they will quickly strike your feline. They usually do this through dive bombing.

American crows are not capable of killing humans, even while trying to defend their young ones. But if these bird species attack you, you will only be left with a few or no scratches.

Additionally, crows will never look for dogs or cats just to kill them. After all, a single crow can hardly kill an adult canine or cat. However, a mob of birds can kill puppies and kittens or carry them away.

How Can Humans Avoid Crow Attacks?

While all species of crows are good birds, they can still ambush humans for different reasons. Below are ways to avoid such attacks.

If an adult crow tries to attack you, don’t fight back. They might come later after you since they are good at remembering a person’s facial features. Instead, you should remain calm and duck your head to avoid getting injured.

Once you spot a crow roost chasing after you, run away or take another route. Even the most aggressive crows will not follow you if you get away from them.

If taking a walk or jogging around the neighborhood, you should avoid getting close to their nests and breeding territory. Also, keep away from dense bushes or trees. This is especially true during the fledging season.

Wild crows don’t like anything shiny or flashy because they tend to interfere with their vision. So, perhaps you could wear reflective clothing.

One way to scare migratory game birds looking to attack you is using unsalted peanuts. You just throw the peanuts in the opposite distraction and run away.

Additionally, you can stop American crows from attacking you using an umbrella. You just step back and hide behind or under your umbrella.

Can You Stop Crows From Attacking Cats and Dogs?

Yes, you can. Below are simple yet effective tips to help you protect your pup or kitten from being attacked by American or fish crows.

The primary predators of crows are coyotes, hawks, eagles, and owls. You can make a decoy of these birds and hang it in your backyard to ward off crows. Alternatively, you could use dead crows as a decoy.

When you are not around, you must keep your dogs and cats contained. And when your pets have to leave the house, you must accompany them at all times.

Crows will visit your home in search of food. By covering the trash and keeping your yard clean, these native birds will stay away from your house.

Additionally, you could use shiny objects like CDs, mirrors, reflective tapes, aluminum cans, metallic wrapping paper, and tin foils. You simply hang these things near their landing areas.

These sprinklers are designed to release a burst of water when the sensor detects unwanted animals like fish crows.

If there are dead branches in nearby trees, you must cut them down. This will force the naive crows to find another nesting area.

What Other Animals or Pets Can Crows Attack?

Apart from dogs and cats, crows are also dangerous to chickens and ducklings. These larger birds will kill your chicks or baby ducks if they stray far from the flock.

However, adult chickens are not in danger because they are not easy for any crow to kill. This is because they are able to fight back the predator. So, even when they ambush a flock, the crows only try to steal the baby birds, growers, or eggs.

1. Are Crows Dangerous To Small Dogs?

Yes. However, crows will not actively kill young dogs. However, if the small dogs get close to their baby crows, they will be ambushed by crows. And because small canines are not as strong as adult dogs to defend themselves, these antagonistic birds could pick them up.

2. Why Do Crows Keep Attacking Me?

While crows can be friendly to humans, they can be dangerous too when it comes to protecting their young ones. So, if you pass near their territory, eggs, or babies, they will keep attacking you because the birds feel you are a threat.

3. Are Crows Dangerous To Other Birds?

Yes. Crows are known to prey on other antagonistic birds. They will kill and eat birds like sparrows, doves, canaries, pigeons, and finches. However, the crows’ main target is usually the nestlings and eggs of the mother birds.

Crows are not considered dangerous to humans, dogs, or cats. However, they can attack any person or animal that goes close to their young ones during the breeding season. This is due to their territorial nature. However, it is unlikely for these blackbirds to kill you or your pets.

The good news? There are many ways to avoid crow attacks and protect your dogs or cats. Of course, one of the most effective solutions is to keep away from their babies, nests, and eggs as much as possible.

I am a bird watcher and enthusiast who regularly engages in bird-related forums and groups online. I've got a deep interest in Ornithology. I want to share my expertise and experience with birds in this blog.